Despite many exciting trends such as Three.js, split layouts, micro-interactions and gradients, typography always has a special place in our hearts and interfaces. It is not a tool that you can leave behind when building a website. Maybe a picture is worth a thousand words, but without a tiny chunk of text that quickly hints at what’s going on, you’re left with just a picture. Like it or not, typography is irreplaceable.

Designers deal with text almost every day. Whether it is used for a catchy slogan or a block headline, type should be carefully selected and finely-tuned. And when it is something that you are using on a daily basis, inevitably you should become more creative with its implementation. 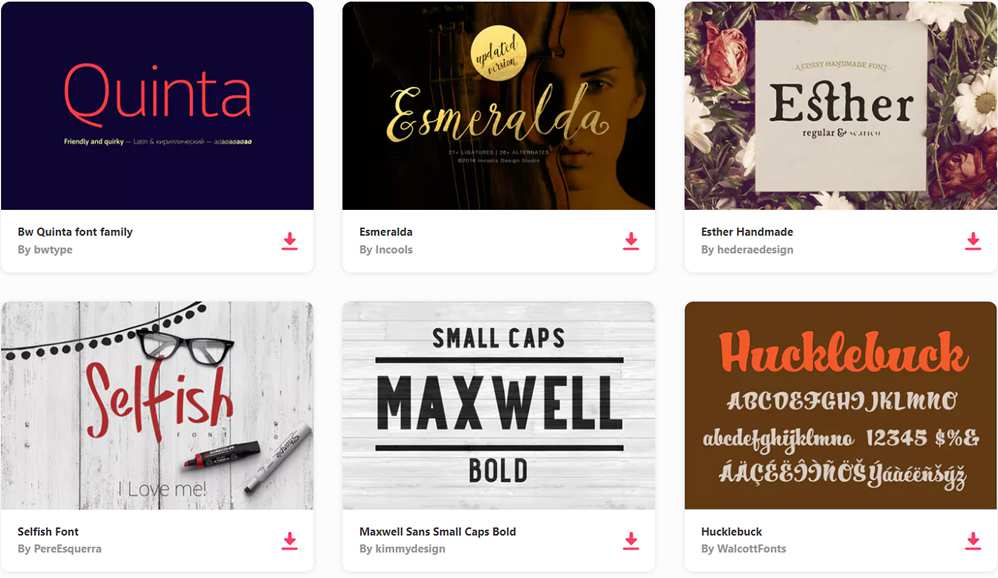 As a result, we users get an invite to a masquerade ball where typefaces show us their fancy dresses. And these fancy dresses, A.K.A. display fonts with creative flair, can greatly benefit the project – creating a strong first impression and completing the overall aesthetic. If you seek a dress with an artistic touch for your next costume party, we have over a dozen free fonts that will help you stand out from the crowd.

Colortube is for all the bright personalities out there. Colorful fonts were quite a fuss recently. So, if you want to be a part of the mainstream, you should try this one. It has eye-pleasing smooth letterforms that fit numerous projects. Use Photoshop or Illustrator to find your special mixture of tones that will make your lettering shine bright like a diamond.

The Secure 3D lettering by MIIM was made specifically for brutalist designs, which are quite popular these days as well. It feels realistic and rustic. The metallic surface is just incredible. The vigilantly placed bolts amplify the overall look. It is an ideal font for adding brutality to your projects and becoming the prom queen of a freaky monster party.

If the metallic surface is too much for you, then try out a realistic typeface with light bulbs. It goes perfectly with retro projects, providing a design with a desirable vintage touch. The only drawback is that the free version is applicable only to numbers.

At first sight, Gilbert looks almost the same as the Colortube font featured above. It is also based on the same approach of overlapping several colors into one character, but its key feature lies elsewhere: This is an animated font. Skillfully combining a brisk charisma and a dynamic behavior, it is quite ideal for your next project.

Font Balloon is an eye-catching fusion of elegant and crafty brush style and geometric-like details, skillfully built into letterforms. Aga Magdziak has expertly picked the coloring – revealing the typeface in all its beauty. She also provides an accompanying set of patterns so that you can finish off the design.

To continue our series of fonts with a bright identity, we recommend trying Airfool typeface. Although its characters are monochromatic, thanks to its lovely balloon-inspired design, carefully arranged glares and playful letterforms, it does not concede to the other colorful fonts on this list.

When it comes to colorful fonts, the first thing that comes to mind is the sparkling 80’s: disco, MTV and  aerobic stars with a passionate love for bright spandex pants. Fistura embraces some of the popular things from that era. Bright coloring, neon details, various geometric shapes combined in unison. They all make this font unique and extremely alluring.

Neon Font is another masterpiece of Aga Magdziak, who has proven that colorful typefaces have an irresistible artistic flair. Although its aesthetics are also centered around brush-like touches, its cold coloring brings about a glossy effect rather than a paint-style one. It also features a bonus pack of patterns.

Aemstel is a layered font that looks great both in plain and fake 3D versions. It is available in 5 styles, including some extravagant options with a line outside or inside. Experiment with layers to achieve a dramatic effect.

Created with print media in mind, Invertor is a typeface to beautify titles and slogans in posters, flyers and magazine covers. Though that doesn’t mean the font won’t find its place in web design, as well. It is enriched with marvelous liquid-like details that give symbols a subtle appeal.

As a representative of line art, Pikolo Block sticks to its roots, getting the most out of simple geometric shapes. However, it neither looks rustic nor brutal. On the contrary, thanks to polished curves and smooth angles, it oozes elegance and subtlety.

Lux Lineae is another outstanding take on the line art. Whereas the previous example looks a bit tight and dense, this font by Stephane P has a certain amount of fresh air between the elements that form each character. It also feels elegant, yet with a note of sophistication.

Seg Ment also gets its beauty from line art. However, due to distinctive gaps and abrupt transitions it has a techno and even a bit of a brutal appearance. It is an ideal partner for web design with a high-tech vibe.

Rounded corners and ends lie at the heart of Scritus’s aesthetic. It is a beautiful geometric font with quite subtle letterforms. It looks futuristic – unlike the previous ones in this category. It is available in four common weights and standard formats.

Add Some Flair to Your Designs

Typefaces with creative flair are great for seizing attention and making sure your message is heard. They always have something to offer, providing a valid alternative to more buttoned-down fonts.

Of course, there are some catches in using them. First and foremost, they have a huge personality – so it can be a little tricky to use them in tandem with other fonts. Secondly, not all of them come in standard formats such as OTF or TTF. For example, Secure 3D Letterings, as well as Neon Font, are PSD fonts. This means that each letter must be created manually. And finally, as a rule, many display fonts (especially free versions) are lacking in ligatures and alternative letters. Though sometimes the Latin alphabet and numbers are all you need.

Tell us, have you used these types of fonts in your projects?