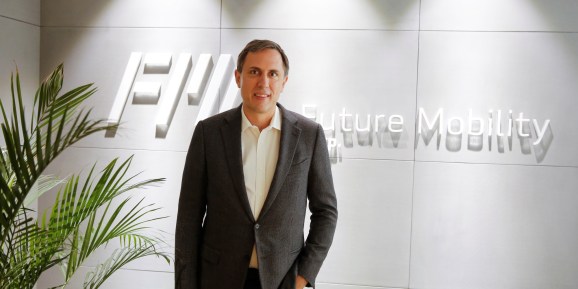 (Reuters) — Chinese electric-car venture Future Mobility Corp, co-founded by former BMW and Nissan Motor executives, has raised $200 million from investors including China’s Suning and Fullshare Holdings in its latest round of financing.

Most of the money will be used for product development, said Daniel Kirchert, Future Mobility’s president. He has previously worked at Infiniti China, Nissan’s luxury vehicle division, and BMW Brilliance Automotive.

Future Mobility, which plans to launch three vehicles by 2022, has a premium midsize crossover SUV ready to go into the next “serious” phase of development — that is preparing for production and sale in the world’s top two auto markets, China and the United States, as well as in Europe, Kirchert added.

The capital controls prevented investors from moving an undisclosed amount pooled in China into Future Mobility’s account because it is incorporated in Hong Kong, said Kirchert.

“I have to say the investment environment has become much tougher,” Kirchert told Reuters in an interview on Wednesday.

“In an early stage one or two years ago there was a big hype, but now people have already seen some companies struggling and failing, so investors of course are getting more careful.”

Future Mobility has since set up a mainland Chinese entity to help make the flow of funds easier.

Future Mobility plans to launch the sport-utility vehicle by the fourth quarter of 2019 and another two — a sedan and a 7-seater multi-purpose vehicle — by 2022.

Future Mobility will announce a brand name for cars it plans to sell in early September and is also looking to unveil the production-ready SUV at the Consumer Electronics Show in Las Vegas in January next year.

“I am absolutely convinced that the tipping point is coming” for the electric car to take off in the marketplace, Kirchert said at Future Mobility’s office in Beijing. “Cost-wise we see signs that electric vehicles get more and more affordable.”

Earlier this year, Future Mobility announced plans to build a $1.7 billion factory in Nanjing to capitalize on rising demand in China which, struggling with high pollution levels in major cities, is aggressively pushing plug-in vehicles.

The investment needed to complete the construction of the factory, which will eventually have capacity to produce 300,000 cars a year, is being financed separately with bank loans and funds from investors and supporters, Kirchert said.

There is plenty of policy support for smart, electric-vehicle ventures in China, but funds are getting harder to come by, while policymakers try to weed out companies with mediocre technology, analysts and executives at EV startups say.